What is Fortune Hi Tech Marketing INC. About?

In this review article we try to find out if FHTM is a scam or a legit business.

It was created by a gentleman named Paul Orberson from Lexington, Kentucky.

Fortune High Tech Marketing (AKA) FHTM is a company connecting products and services to representatives who can help sell them. The website claims you can become FHTM business owners no matter what your background, helping you to earn a living for yourself with there innovative compensation plan.

The website looks professional but is hard to navigate to find the necessary information. A link with take you to the Fortune Hi Tech Marketing ‘University’ from which you can sign up as a representative of their products, though they do not state how much a membership is going to cost upfront. After a detailed look it appears that the cost is $249 to join Fortune Hi Tech Marketing.

The Fortune Hi Tech Marketing system is a multi level marketing plan, also known as MLM or network marketing. Many MLM schemes online have been criticized due to the fact that they effectively become pyramid schemes, where only those at the top make money leaving those at the bottom to provide them with their money, unable to make any money themselves.

These problems and complaints are not uncommon in any MLM type business.

However, not all MLM programs are pyramid schemes. Pyramid schemes are illegal in the US and the Federal Trade Commission emphasizes the fact that these programs are legal if the main aim is to sell products rather than recruit members.

Taking a look at the Fortune Hi Tech Marketing website there are a number of products available for you to promote. This means, in this case, that this MLM program is legal and could therefore have the potential of bringing your profits.

However, through further investigations it is clear that many users have essentially experienced the bad effects of a ‘pyramid’ scheme. While they technically have products to sell, the real money from Fortune Hi Tech Marketing comes in recruiting members and earning money from what they sell. Therefore those at the bottom are not getting much out of their investment.

Can You Make Money From It?

Products range from magazines to services, to communications and health and beauty. This means that users have a great choice on what they want to sell, according to where their skills and interest lie.

However, based on reviews it appears that most of the money is made through referring members who pay the $249 fee, and it becomes a lot harder to make money unless you build up a large down line. The bottom line, this appears to be a program that will only help a few at the top make real money.

As with any program do your research and make an informed decision that is best for you and your family. 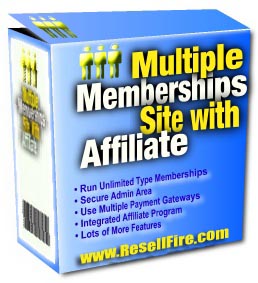